You are here: Home > All News > Committee News > Archives Committee > Profile: The First President of Conference

Profile: The First President of Conference 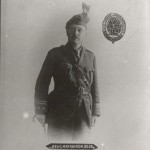 Clarence MacKinnon was born in Hopewell, Pictou County, Nova Scotia on March 11, 1868. His parents were Rev. John and Margaret (Tait) MacKinnon. MacKinnon attended public schools in both Prince Edward Island and Scotland and went on to earn a divinity degree from the University of Edinburgh. After returning to Nova Scotia in 1892, he was ordained as a Presbyterian minister and served in several charges until he was appointed Principal of Pine Hill (then a Presbyterian College), Halifax; a post which he would hold for 28 years. As a strong supporter of church union, MacKinnon was a leading member of the national Joint Committee and also Moderator of the Presbyterian Church in Canada in 1924 when the vote for union was held.  After union in 1925, he became the first President of the Maritime Conference of the United Church in Canada.

MacKinnon married Mary Macintosh, who was from Scotland, in 1896. The couple had four children. MacKinnon passed away on October 9, 1937.

From information compiled by Judith Colwell and also from the Minutes of the Fourteenth Maritime Conference, June 7-13, 1938 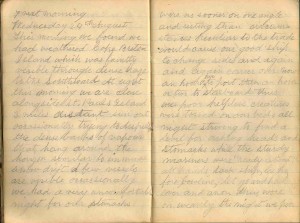 Excerpt from diary written by MacKinnon while on an overseas trip with his parents, 1881 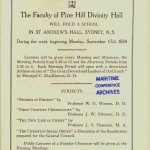 Pine Hill lectures held in Sydney, NS in 1934. MacKinnon, as President of Pine Hill, delivered a devotional address every morning