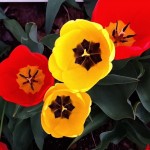 I am discovering “phrase-gems” in collections of old prayer books. I love the rhythm and poetry.

Here is one I have been praying in these 50 days of Easter. It helps us get ready for Pentecost.

O Holy Spirit of God, visit now this soul of mine,
And tarry within it until eventide.
Inspire all my thoughts.
Pervade all my imaginations.
Suggest all my decisions.
Lodge in my will’s most inward citadel and order all my doings.
Be with me in my silence and in my speech,
In my haste and in my leisure,
In company and in solitude,
In the freshness of the morning and in the weariness of the evening;
And give me grace at all times to rejoice in
Thy mysterious companionship.            –  John Baillie, A Diary of Private Prayer

Prayer-of-the-Breath
Be still. Let your breath take you deep into the quiet centre of your being. As you breath feel your heart expand. Breath-in peace. Breath-out whatever has a hold on your being present, right here and right now.

Enjoy your breath prayer. If you wish words to help focus your prayer you might use these or make up your own prayer-of-the-breath.
“My heart and alter / Your love the flame.”  (Voices United #378)

They are fascinating stories. Side-by-side stories that lean into one another and together reveal a challenge to the human spiritual journey.

I used to think they were opposites. The Genesis story illustrating how language got shattered and broken into splinters; the Acts story, a make-over, mending the babble (and celebrating the unity of many languages understood as one.)

I took a closer look. It was prompted by a writer (I think it was Norman Habel but it might have been Bruce Sanguin) suggesting that the issue in the Tower of Babel story was a lost connection with the earth. The more the tower rose ‘to heaven’, the further from earth were the feet of the builders.

They lost touch with the ’humus’, the earth. They lost their humanity.

I used to think God was a little huffy, and perhaps faintly jealous of their building capability, so willfully scattered them widely to forestall further creative take-overs.

Now I wonder differently. Was God to blame or is it simply, and sadly, what comes to be when we lose touch with the earth? Is it what happens when we construct a ‘citadel of will?’ We find our-selves scattered, fragmented, unconnected and unbalanced.

In their fierce boldness they had built a citadel of willfulness. Loosed from earth they lost their bearing. The unity they so desired to protect dissipated without roots. I think they forgot they were spiritual beings on a human journey intricately connected to the rest of creation. Perhaps they thought themselves spiritual beings above the rest of the created orders.

Rather than opposites, the side-by-side stories are like breathing, intricately joining the out-breath to the in-breath offering wholeness.

The disciples were scattered, fragmented, unconnected and dis-spirited. The earth was waiting. God was metaphorically holding God’s breath.

There is something about this Jesus-Rising that ignites a second creation. There is wind. There is fire. There is a babble of voices.

Those with ears to hear, though, could distinguish a new sound of harmony.

It was powerful. It drove them into the streets. It changed everything. “They went out into all the world to tell the story.” (Godly Play story “The Mystery of Pentecost”)

They went outward instead of upward.

Perhaps this Pentecost our feet will stay on earth. Perhaps we will hear Earth’s distress and join our intentions with others to become flames of compassion in a hurting world.

Pentecost re-ignites our desire for one-ness. It is our non-dualistic eye inviting gathering, unity, connection, and hope.

We live into Pentecost. We are never far from Babel yet always leaning into one-ness.

Think deeply about this:

“Some day after mastering winds, waves, tides and gravity, we shall harness the energies of love, and then, for the second time in the history of the world, (we) will discover fire.” – Teilhard de Chardin

PRACTICES FOR THE FESTIVAL OF PENTECOST

“Within each of us lies a power greater than anything we will ever have to face. Sometimes it reveals itself as a great force – at other times, as a deep, unfolding stillness. For centuries it’s been described as a burning fire. Yet this power never imposes itself. Each heart decides to respond to its presence – and that decision sets the course for everything that follows.”  – Paula D’arcy (quoted in Radical Amazement by Judy Cannato)

Sit quietly for a moment. Look back over the past twenty-four hours. Allow moments of your day to rise in you. Simply welcome the images, words, memories and fleeting moments that come to you. Don’t censor or  judge. Were there times you were surprised by moments or movements you knew were part of the deep mystery at the heart of the universe? Were there times you participated with that Mystery? Were there times Mystery was inviting you to expand, to move outward,and  to risk?

You might want to keep a journal of “Moments of Radical Amazement” in the season of Pentecost.

Praying with the Groundedness of Earth

Is there a particular tree that you love, maybe outside of your home or in a nearby park? If there isn’t, go for a walk and see if you can discover one that might have something to teach you about the gifts of the earth. Observe it (in your imagination) through the seasons with its changing leaves if it is deciduous or its constancy if it is evergreen.

In the 13th century, St. Bonaventure, a Franciscan friar, wrote The Tree of Life.  This is a prayerful meditation on the life of Christ.  In it, Bonaventure invites his reader to imagine the tree as a metaphor for prayer.  Take some time in prayer to read over his image (below). Use  your imagination and “see” this lush tree, watered by the endless fountain and offering up every kind of beautiful flower and fruit with leaves that offer healing.  Taste the fruit in your mind’s eye, smell the fragrance, experience the healing offered.

“Picture in your mind a tree whose roots are watered by an ever-flowing fountain that becomes a great and living river to water the garden of the entire church. From the trunk of this tree, imagine that there are growing twelve branches that are adorned with leaves, flowers and fruit. Imagine that these leaves are a most effective medicine to prevent and cure every kind of sickness. Let the flowers be beautiful with the radiance of every colour and perfumed with the sweetness of every fragrance. Imagine that there are twelve fruits, offered to God’s servants to be tasted so that when they eat it, they may always be satisfied, yet never weary of the taste.” – St. Bonaventure

From: Water, Wind, Earth & Fire: The Christian Practice of Praying with the Elements by Christine Valters Paintner

I love this tiny poem! I love its humour and the sense of surprise. I love that it celebrates a God who enjoys a good game of hide and seek, and is found even in a plate of eggplant!

What does the Holy Spirit look like for you?

What surprise awaits you today if you only take time to look and really see?

Surfing the web is my hobby. Sometimes I do so with a curious heart open to inspiration. It takes a while, sometimes, for my “finds” to ripen in me.

When I came across the tradition of “Kneeling Prayers” something was stirred in me. In the Eastern Orthodox Church, the faithful do not kneel to pray from Easter to Pentecost. They are celebrating the fullness and joy of the resurrection. When Pentecost comes they return to kneeling in the awareness of their shortcomings, their humanity. In the 3rd Century  St. Basel wrote a set of “Kneeling Prayers.” They are recited at Pentecost and the practice for kneeling for confession resumes.

The phrase intrigued me. I really wanted “Kneeling Prayers” for Pentecost. I thought I might write some (I might yet!)  These Kneeling Prayers would remind us of our humility and celebrate our humanity.

One day inspiration struck. WE DO HAVE OUR OWN KNEELING PRAYERS!

This is the time of year we get out in our gardens and kneel on the earth. What better way to celebrate our connection with Earth and enjoy our humanity. So make your way outdoors this Pentecost and bend your knees to the soil and offer your “Kneeling Prayer.” Let praise rise. Be humble in the humus.

You can also ponder the words of the Sufi poet, Rumi.

“Let the beauty we love be what we so. There are hundreds of ways to kneel and kiss the ground.”

Visual Liturgy. A dramatic reading of the Pentecost Story from The Message translation.  Click here for the You Tube Video

It’s one of their older songs, but I always liked this song from The Iona Community.  Enemy of Apathy. Here’s the words.   Listen to the tune.