I know you have all been on the edge of your seats wondering which delectable dish the Archives would present this month. I must admit that I’m a bit disappointed that no one sent in a photo of their apple-walnut salad or salmon mousse from last time but this a new month, right? Don’t be shy! Show off those cooking skills 1959 style.

It was a close call between the following recipes and Foamy Sauce (without Sugar) but I feel as if fish recipes should play a starring role from the beginning. This is MARITIME Conference after all.

I think it would be safe to assume that the ladies of the Zion United Church Guild in Liverpool knew their fish well.  After all, there were 14 pages in the book dedicated to all things fish. This particular cookbook was produced in 1959 to commemorate Liverpool’s Bicentennial Year as well as honor Simon Perkins who played a large role in the development of Liverpool. He also happened to be one of the founders of the Methodist Church in Liverpool. I daresay that Mr. Perkins enjoyed a nice seafood dish from time to time.

Don’t forget that no fish dish is complete without some good ol’ hush puppies. 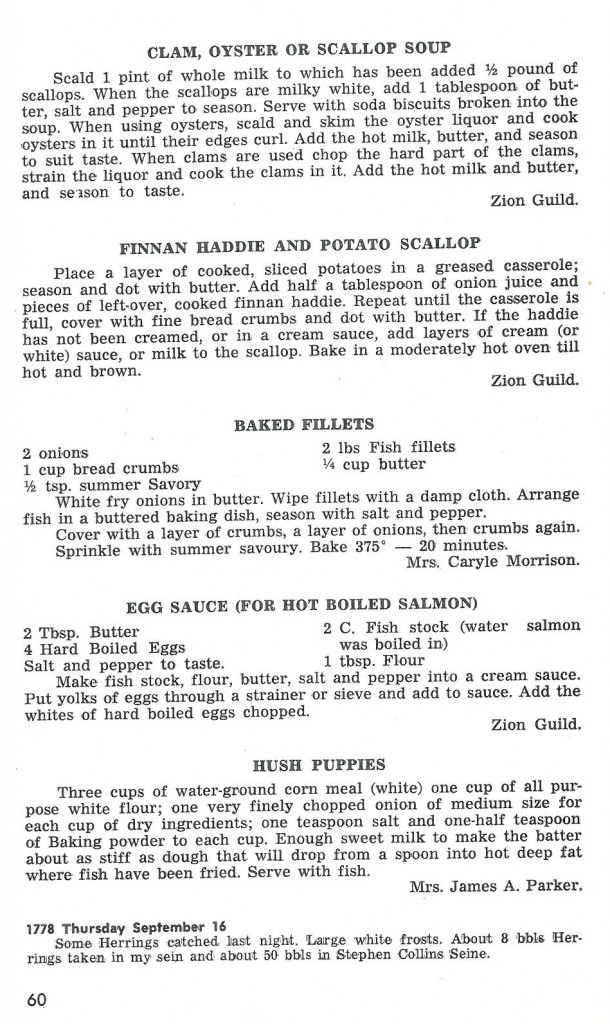