You are here: Home > All News > Committee News > Church In Action > Palestine and Israel – Recent Violence

When Will It end? – The Death of Children and Youth 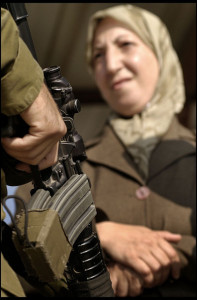 Please pray for calm, restraint and peace for all peoples in Israel and Palestine. At this time of heightened anger and violence, may they and we not lose all hope for peace, compassion and justice.

These past few weeks have seen an increase in the insanity which controls the lives of people in Israel and Palestine.  3 young Israeli lives have been lost; 10 Palestinian lives, including children, have also been lost.  And the cycle goes on.

The article below was written by a woman who lost her daughter to a suicide bomber 17 years ago.  She and her husband founded “the Parent’s Circle,” a group of bereaved parents, both Israeli and Palestinian, who have lost children to violence but who have dedicated their lives to the breaking of this cycle.

Right now, Israel is bombing Gaza in retaliation which will only lead to the deaths of more innocent people.

“For me, the other side, the enemy, is not the Palestinian people.  For me the struggle is not between Palestinians and Israelis, nor between Jews and Arabs.  The fight is between those who seek peace and those who seek war.”

Please add your prayers to so many others who are praying that this insanity will end.

Speech to Women in Black