You are here: Home > All News > Committee News > Archives Committee > Outside of that I am still alive and thank the good Lord for the same

According to the minutes of the January 15, 1918 meeting of the Grace Methodist Young Men’s Bible Class, only one member of the group, George Holmes, was injured during the catastrophic Halifax explosion occurring on December 6, 1917. Coincidentally, a little further on in the minute book was a letter from George Holmes to the Bible Class describing his experience and his injuries.

It’s a remarkable story indeed and one that I’ll let him tell in his own words. The Mont Blanc that he mentions in the letter is the ship that was carrying all the explosives.

As a side note, George Alfred Holmes was born on September 12, 1889 to Alfred and Elizabeth Holmes in Dartmouth, Nova Scotia. He married Lucille Marie Parker on April 18, 1920 and his occupation at the time is listed as being “Chief clerk, Marine Ships.”

Here are the minutes from The Young Men’s Bible Class mentioning George Holmes being injured: 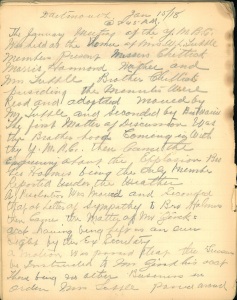 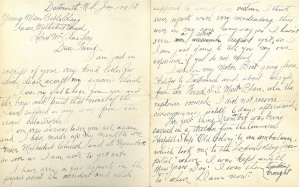 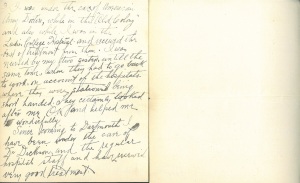 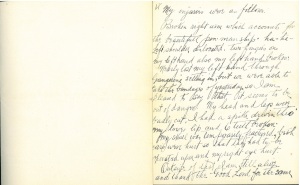 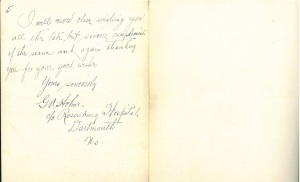