You are here: Home > Blogs > Called to Reach Out

Called to Reach Out 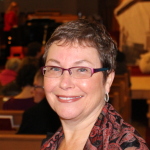 As President of the Maritime Conference of the United Church of Canada, I’m invited to preach at other United Churches and this past Sunday, I had the privilege of being with the Kingston United Church in the Valley to help celebrate their 100th anniversary.

In keeping with their anniversary celebrations, I shared with them how pleased I was to hear their recent workshop exploring the differences and similarities with the Islamic faith was a great success and I said, “I applaud your initiative in reaching out to other faiths.” These types of sharing and education are needed more so given the recent events in our country.

And I don’t know about you, but I took pride in being a Canadian when I saw three opposing leaders embrace on Thursday as they resumed Parliament. It was Mulclair, I believe, who said words to the effect, “These acts were designed to make us hate, but we refuse to do so.”

This attitude of striving to uphold our Christian values touches my heart, makes me thankful to live in Canada, and brings me encouragement and hope.

I, like millions of others around the world, was touched this week by the poignant cartoon in the Chronicle Herald by Bruce MacKinnon depicting the scene at our National War Memorial on Wednesday and by the moving article describing the last moments of Corporal Nathan Cirillo.

The cartoon suggested the coming to life of the bronzed First World War soldiers that sit atop the memorial. One soldier is bent over, supporting the young Corporal’s body. Others are reaching down as if to help, while still others stare stoically forward. Here we see the past, the present reality, and the future.

Then we hear the story of lawyer, once medic in the naval reserves, Barbara Winters, holding the young corporal’s head, reciting the Lord’s Prayer, and bringing him words of comfort, “You are loved. Your family loves you. You’re a good man.”

We are called to respond to God’s love and goodness in ways that lead to a flourishing life for ourselves, others, our church, our nation, and our world.”

The Rev. Gloria Churchill,
President of the Maritime Conference of United Church of Canada