Let’s go back in time to February 1945 at United Memorial Church (now part of Hope United Church) in Halifax. Judging by their newsletter, The Young People’s Union, or U.M.Y.P.U. as they referred to themselves, was very active. 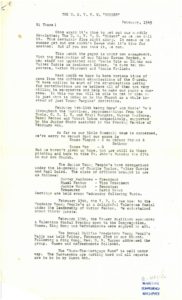 The U.M.Y.P.U. didn’t do so well in their Bible Baseball game against Oxford and Bethany but hopefully things went better for them when they played J. Wesley Smith later that year.

Below are the minutes from the “delightful Valentine Social” held with Woodside. It looked like a fun evening although it got off to a late start as the Social did not begin until 9:30 pm! 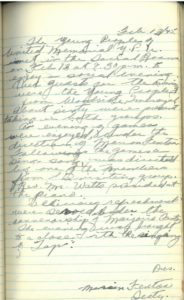 Despite all the fun activities outlined in the newsletter, World War II was ever present and there is an acknowledgement of the group members who were overseas at the time.

Here are the financial accounts for January and February 1945. The $2.36 that was collected during the meeting on February 6 would amount to approximately $35.00 in today’s Canadian dollars. 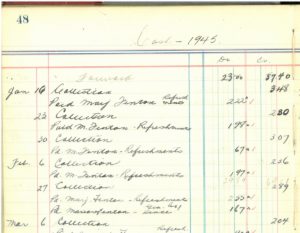 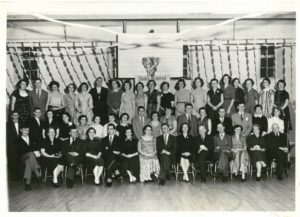