For a number of years, the Sunday School of Charles Street Methodist Church in Halifax (later became J. Wesley Smith Memorial United Church) hosted a Flower Show and Industrial Exhibition. This exhibition was a major fundraiser for the Sunday School and the parsonage. Participants submitted plants or handiwork items to be judged. The winners in each category would get a cash prize. 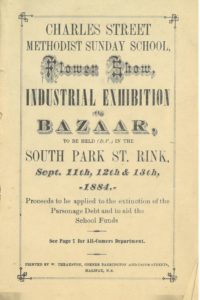 Reading the lists of possible entries below, does anyone think they would stand a good chance of winning first prize? I think I would really have to brush up on my non-existent millinery skills to even think of entering this competition! 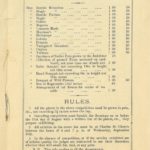 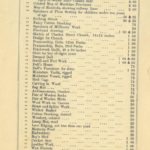 Here is a behind the scenes look at the finances behind such a large event. In 1883, the event brought in a profit of $198.19. Not too shabby! 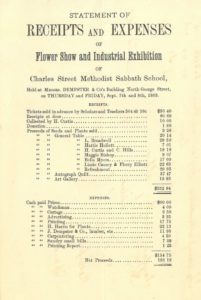