You are here: Home > Uncategorized > Entertainment 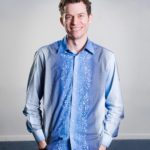 Patrick’s quick-witted comedy has brought him national recognition with multiple appearances on CBC Radio’s “The Debaters.” He’s a popular host and comedian at events across Canada, from the Royal Visit to Charlottetown to a recent performance in Inuvik, above the Arctic Circle.

His first book “I Am an Islander” is a Canadian bestseller, and his new book An Islander Strikes Back just was released in May.

During the summer season, he performs with Mark Haines in the hit PEI show “The Island Summer Review.”

Patrick lives on a hobby farm outside Charlottetown PEI, with his wife Tara and his 6-year-old son Nate.

Men of the Deeps 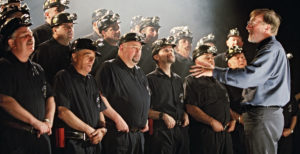 The Men of the Deeps is a world renowned male choral ensemble composed of coal miners and former miners from Cape Breton Island, Nova Scotia.

Formed in 1966, the group has a mandate to preserve the traditional music and folklore of the Canadian Maritimes and particularly the Cape Breton region. To belong to the singing group, a man must have worked in the mine. The ages of the men range from the late-thirties to the upper seventies.

Their repertoire includes traditional songs of Cape Breton; modern, authored songs by Cape Breton songwriters; and songs arising from mining regions throughout the English-speaking world. Their style is decidedly working-class, but this obvious class-consciousness is not overtly political. he Men of the Deeps have toured most of the major cities in North America and have also performed concerts specifically for fellow miners during United Mine Workers of America conventions in Cincinnati and Denver. They have also released several albums on the Apex, Waterloo and Atlantica record labels. The group has appeared on numerous television programs and also a 2003 NFB documentary, which went on to win a Gemini award.

Local artists from the CBRM region will help us relax and enjoy some tunes while we visit with our new found friends on our last night of the Anniversary celebrations.