You are here: Home > FSLDW and Region 15 UCM 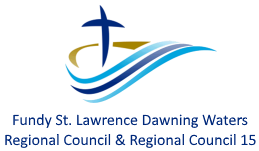 UCM: Who were we and what did we do?

Even among those of you who call the United Church your spiritual home, are many who may not know much about the United Church Men. Elsewhere on this website, you’ll see mainly what’s happening now and in the near future with other segments of our church community.

But on this web page, you can see where UCM has been, what it’s done, and where it has ended up now that it’s folded. A motion from our March 12, 2022 executive zoom meeting stated:

Be it moved that the UCM of the Maritimes (formerly know as Maritime Conference UCM) be placed in abeyance. All assets, funds and materials to be retained … in such a way as to preserve these assets for the resurrection of UCM at some point in the future.

The roots of men’s ministry in Canada can be traced to the first AOTS Men’s Club, formed in 1923 in Vancouver, at the Methodist Church that in 1925 became Ryerson United Church. By 1947, the Board of Men was created by the national church. In later decades, men’s Festivals of Faith were held, and by the dawn of the 21st century, these had morphed into our series of nine biennial rallies of Maritime Conference UCM which we held at Trinity-St. Stephen’s United Church in Amherst, from 2002 to 2018.

Where we go from here – if anywhere – is unclear. Among the ideas we had tossed around are: (1) an event, like an outdoor retreat to which younger men would be invited, and (2) at least one online Zoom forum to share ideas and reflections from across the Maritimes.

If you are interested in more details on any aspect of UCM activities, the best place to look is our last newsletter (Vol. 7, #1, May 2020) which can be found elsewhere on this website. The details are there.

Visit the newsletter of the United Church Men of the Maritimes page for updates.

View the UCM of the Maritimes Minutes

By: Bob Lindsay, Secretary, United Church Men of the Maritimes There are two forms of recognition...

END_OF_DOCUMENT_TOKEN_TO_BE_REPLACED

The Newsletter of the United Church Men of the Maritimes May 2020, Volume 7, Number 1